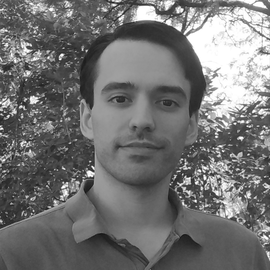 Jérémie Zumer has always been interested in using computer automation as an accelerator for biology research. He chose a BSc in computer science which he aimed to apply to bioinformatics projects later on. During his BSc, he joined Dr. Yoshua Bengio’s MILA lab during two summer internships. There he developed machine learning and deep learning algorithms for image and video tasks. Having been acquainted with the power of these approaches, he enrolled in a master’s program in deep learning at MILA under Dr. Aaron Courville where he worked on combining generative models with discriminative objectives to improve joint task objectives. After a brief stint in industry working at Microsoft Research and Maluuba, where he learned to apply deep learning methods to sequence data, he enrolled in a PhD in computer science. Directed by Dr. Sébastien Lemieux, his PhD allows him to directly apply his expertise into bioinformatics tasks. He now develops deep learning models to extract novel peptide features from mass spectrometry data to attempt to better identify MHC-I associated peptides. Learn about Jérémie’s project Improving peptide-centric mass spectrometry with deep learning.